The last league match was fished this sunday on cawdor pond. Going into the final match it was Asa Cooper who was the favourite to take top spot, knowing that another section win would see him home and no one would be able to catch him. The chasing pack including Mark Wain, Paul Ashley,Andy Fox,Steve Allcock and David Fowler were all hoping that Asa Cooper would have a poor draw and slip up. After the draw was made and Asa Cooper had drawn peg 1 it was obvious to most that he would take some stopping. Yet again Peg 20 was the peg that everyone wanted and it was Steve Allcock who had the honour but unfortunately Steve lost 6 carp in the trees and was left shaking his head.

In the end it was Asa Cooper who took the match and the league with a weight of 16lb7oz , Asa fishing from Peg 1 chose to ignore the Carp and just fish for roach and skimmers. Asa caught all skimmers and roach taken on pellet and squatt for a much deserved victory. With 5 back to back section wins it saw Asa Cooper take the league by 1 clear point from Paul Ashley who also recorded 4 section wins himself.

In second place was Malcolm Bent from peg 6 with a weight of 12lb15.5oz, Malc fished for carp and landed 2 with one fish touching the 7lb mark. Not a easy peg to fish and land fish and Malc found to his cost losing a 3 carp.

Third place went to Mark Wain who only fished half the match due to work comitments, Drawing peg 15 Mark weighed 11lb3oz, Arriving at about 11.30am Mark went all out for Carp and landed 3 and losing 3 in the lilies. Not a bad achievment considering he gave everyone a head start.

The glorious 16 june is nearly upon us. Lots of anglers eagerly awaiting this day since March, longing to trot that stick float down the river or cast that swim feeder under the bush on the far bank. The barbel anglers have all been planning there new tactics in the quest to catch that big Barbel. I myself always remember the excitement of this date when there was a 3 month closure on all waters, the break always gave me chance to tie new rigs,hook lengths and renew my tackle. Then the rest of the time was spent discussing where we would be going on the glorious 16th june 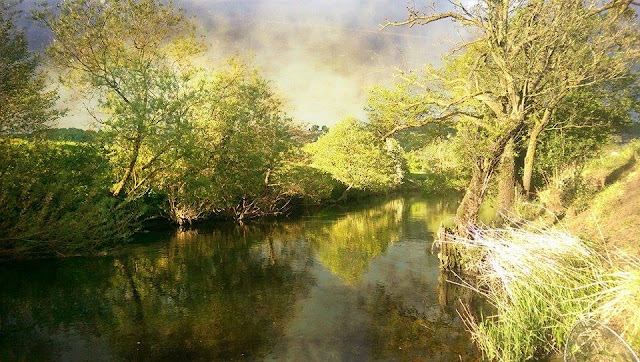 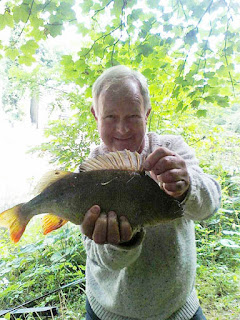 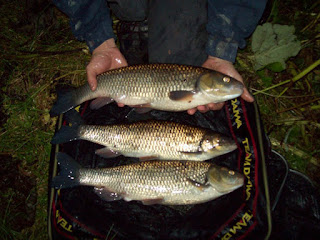 Posted by Matlock Angling Club at 14:24 No comments:

CLOSURE OF LOVERS WALK MATLOCK BATH NO ACCESS TO FISH 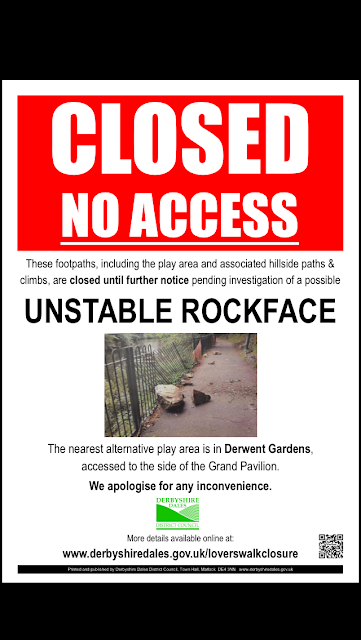 Unfortunately anyone wishing to fish the Matlock Bath stretch of the river derwent will have to wait due to the lovers walk footpath being closed. We dont know how long this closure will last and when we have further news we will let you know.


Posted by Matlock Angling Club at 14:15 No comments:

Updated league table and its extremely close with one match left at Cawdor pond this sunday. Can Asa Cooper continue his good form and make it 5 section wins in a row to take top spot. Or will long time pace setter Andy Fox return to form. But could one of the chasing pack sneak in the top 3.
Posted by Matlock Angling Club at 14:06 No comments:

This was the penultimate match of the league so a good performace was vital for those fishing for the top places in the league. With the Canal recently been dredged and new tins put in some of the Canal looked very baron. Most anglers were keen to avoid the newly dredged section and after the match there was plenty of moaning about this area.
It was Steve Allcock who came out on top with a great weight of 9lb10oz, Paul had mainly Perch and had 3-4over the pound mark. In second place was Asa cooper who continued his good form. Asa weighed 7lb7.5oz consisting of a 2lb+ Tench and a mixed bag of roach,perch,gudgeon and skimmers. 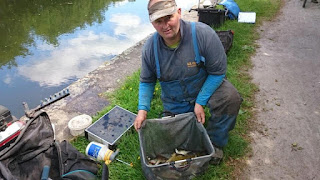 Taking third place was David Fowler who weighed 5lb2oz with a net of all Perch. Dave had about 20 fish in total his biggest being a fish of 1.5lb. With now only 1 match remaining its very close at the top and its still all to fish for

After the last match fished at Tansley pond there wasn't much excitement before the draw. With half the pond recently been limed in the hope of improving the depth and putting more oxygen in the water no one really new what to expect. But in comparison to the last match the pond did show some signs of improvement.

It was Malcolm Bent who came out on top from Peg 14, Malc caught a Carp of around 6lb early on, fishing a worm tight to the far bank, he then backed  it up with a nice net of silver fish. In second place was Steve Allcock from Peg 2 who weighed 4lb 15.5oz with a net of skimmers and roach. In third place was in form Asa Cooper who weighed 4lb 4oz from Peg 9. Asa had over 100 small roach and also a bonus Skimmer of about 10oz.

The pond did fish a lot better and hopefully will continue to improve along with the weather. Its all getting very close at the top of the league.

Posted by Matlock Angling Club at 13:49 No comments: