After heavy rain on Saturday it was inevitable that the River would be in flood yet again! So Tansley Pond was the destination for todays monthly match. With the pond heavily coloured from the previous days rain it was expected to fish well, but sadly this wasn't the case. Twelve anglers fished the match on a clear sunny day.

Not the best match but everyone had a few bites and small fish were the order of the day. All the top weights came from down the channel where most the colour was. 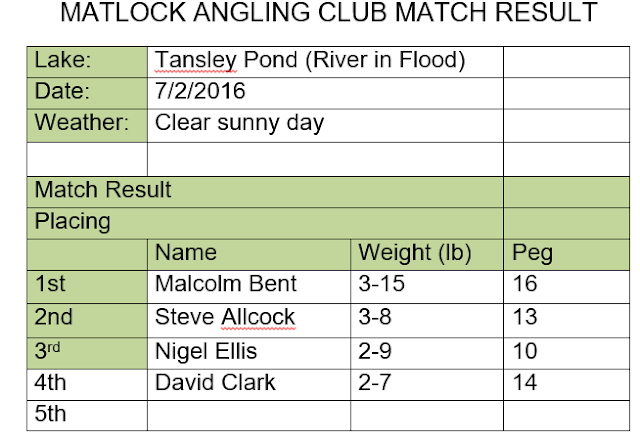 Posted by Matlock Angling Club at 11:32 No comments: